Adventures in the Amazing Animal Kingdom with Class 1S

As Albert Einstein, one of the greatest scientists in human history, once said, “Interest is the best teacher.” We started the new school year with the interesting ‘Paws, Claws and Whiskers’ topic and children in 1S have been full of enthusiasm for learning. 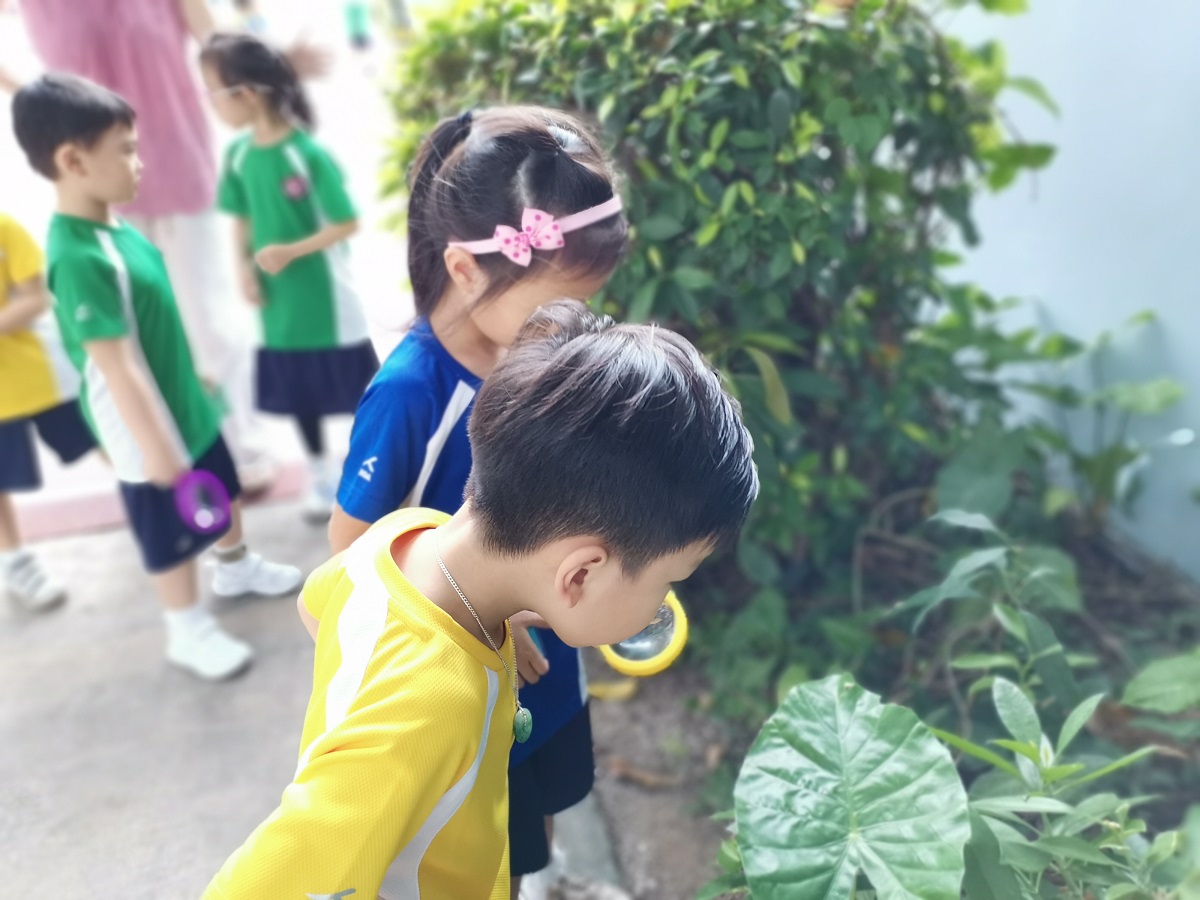 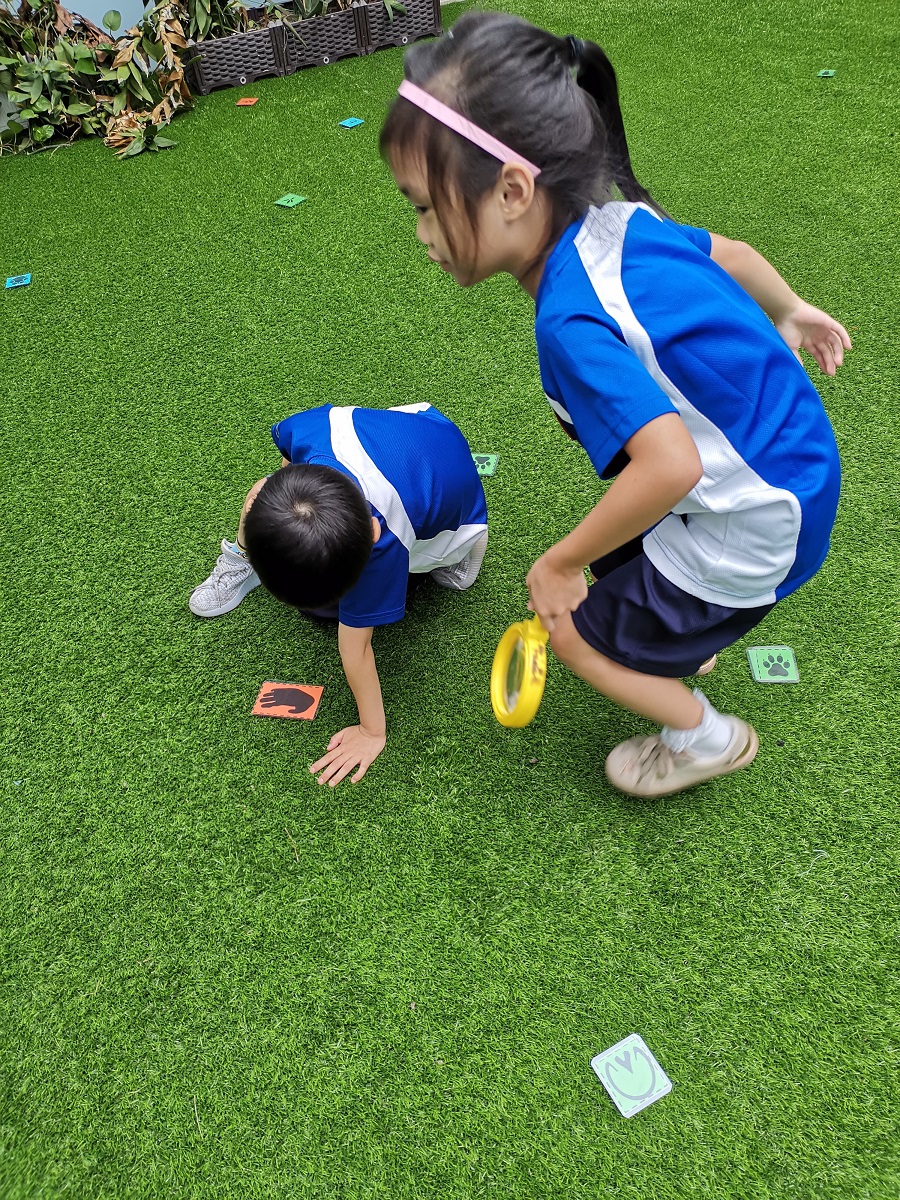 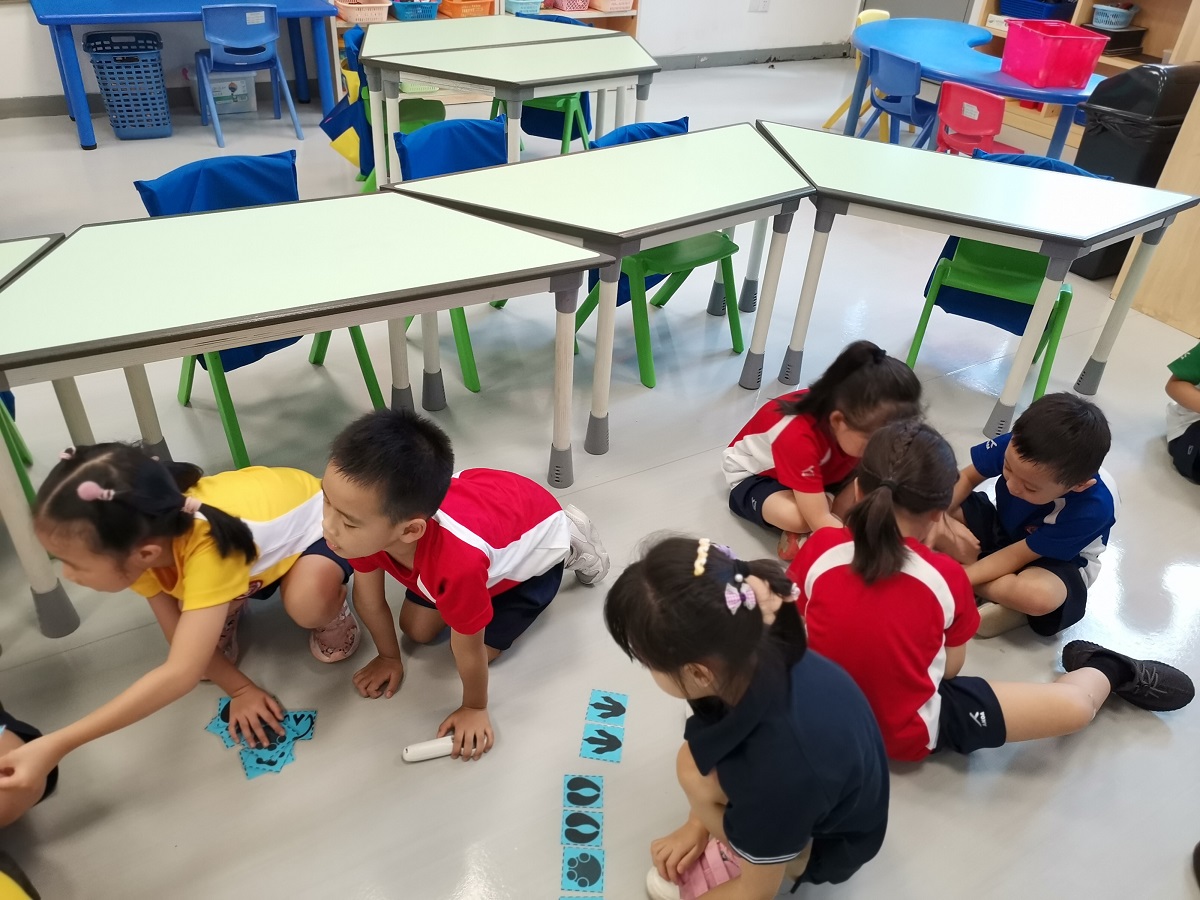 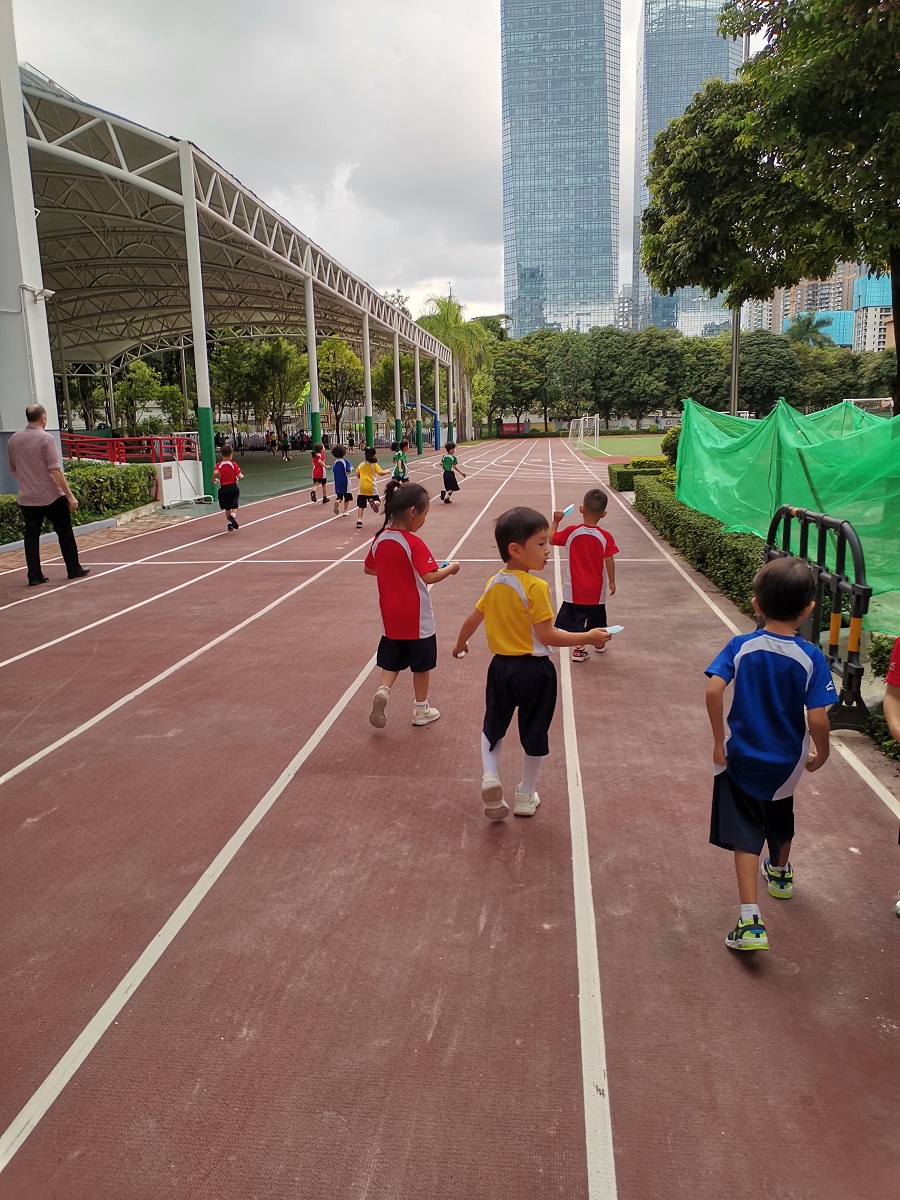 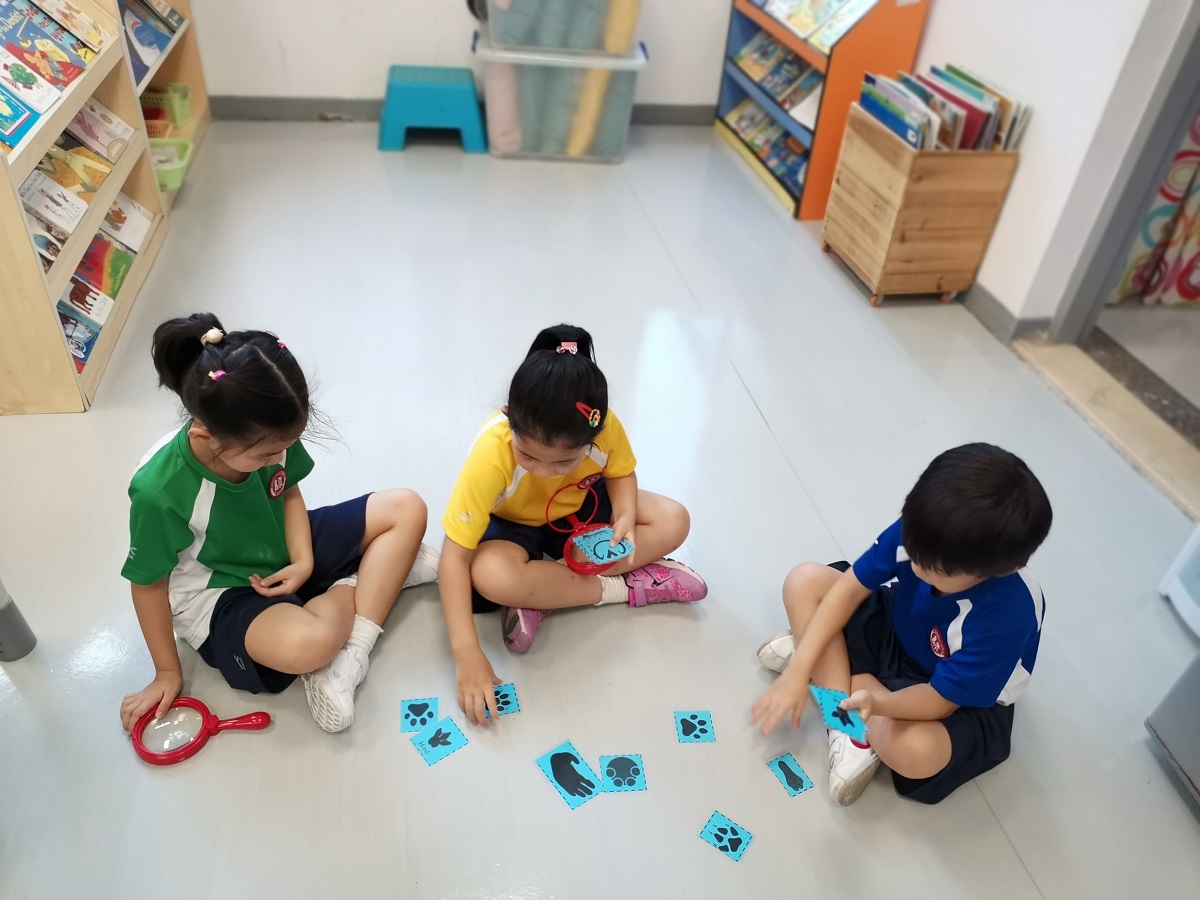 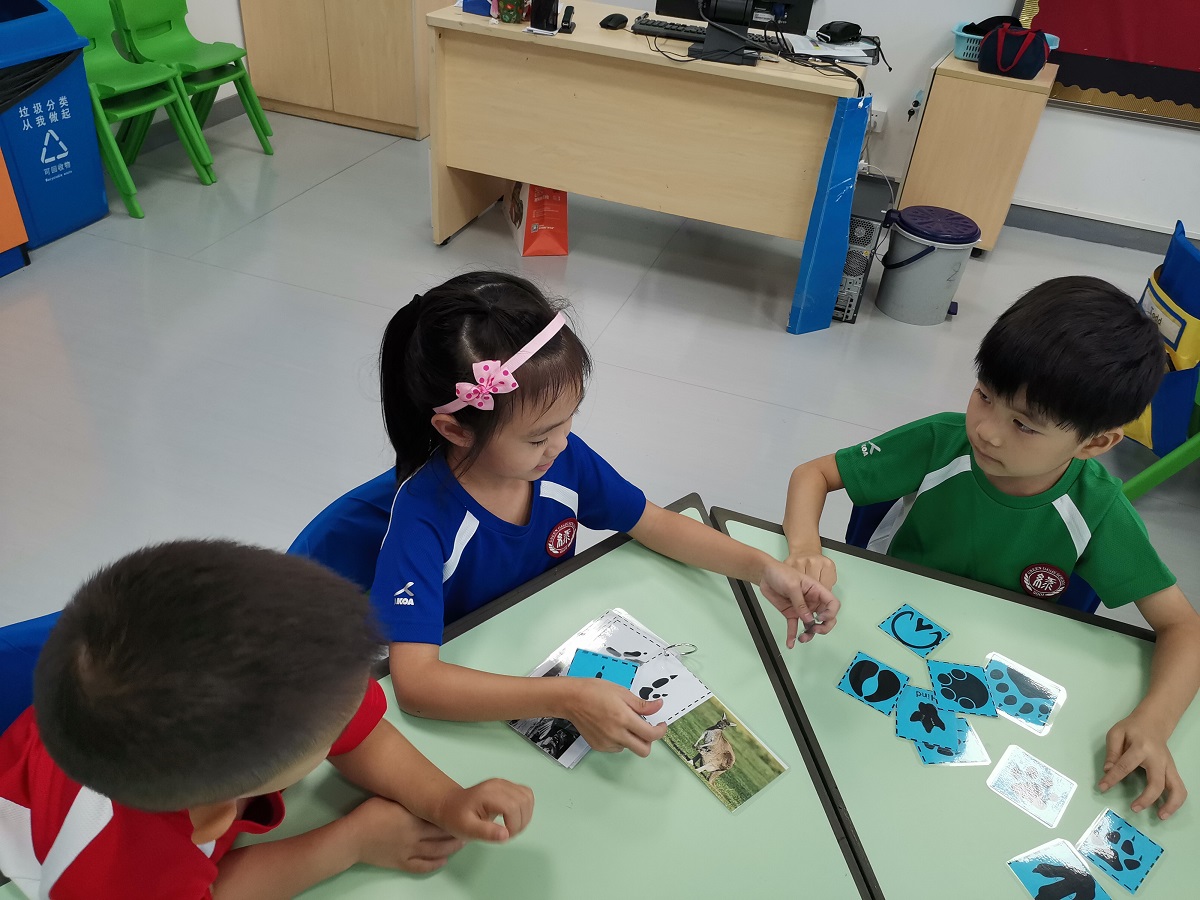 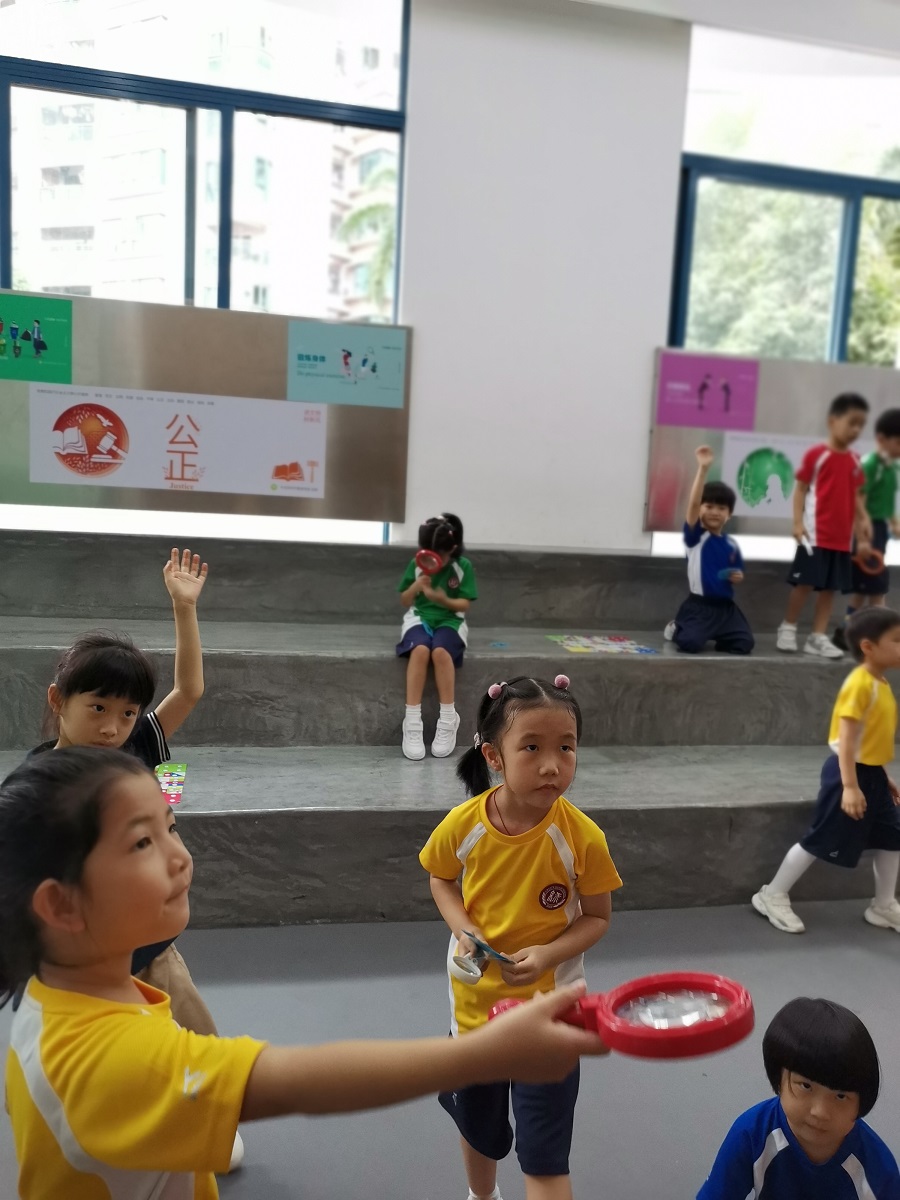 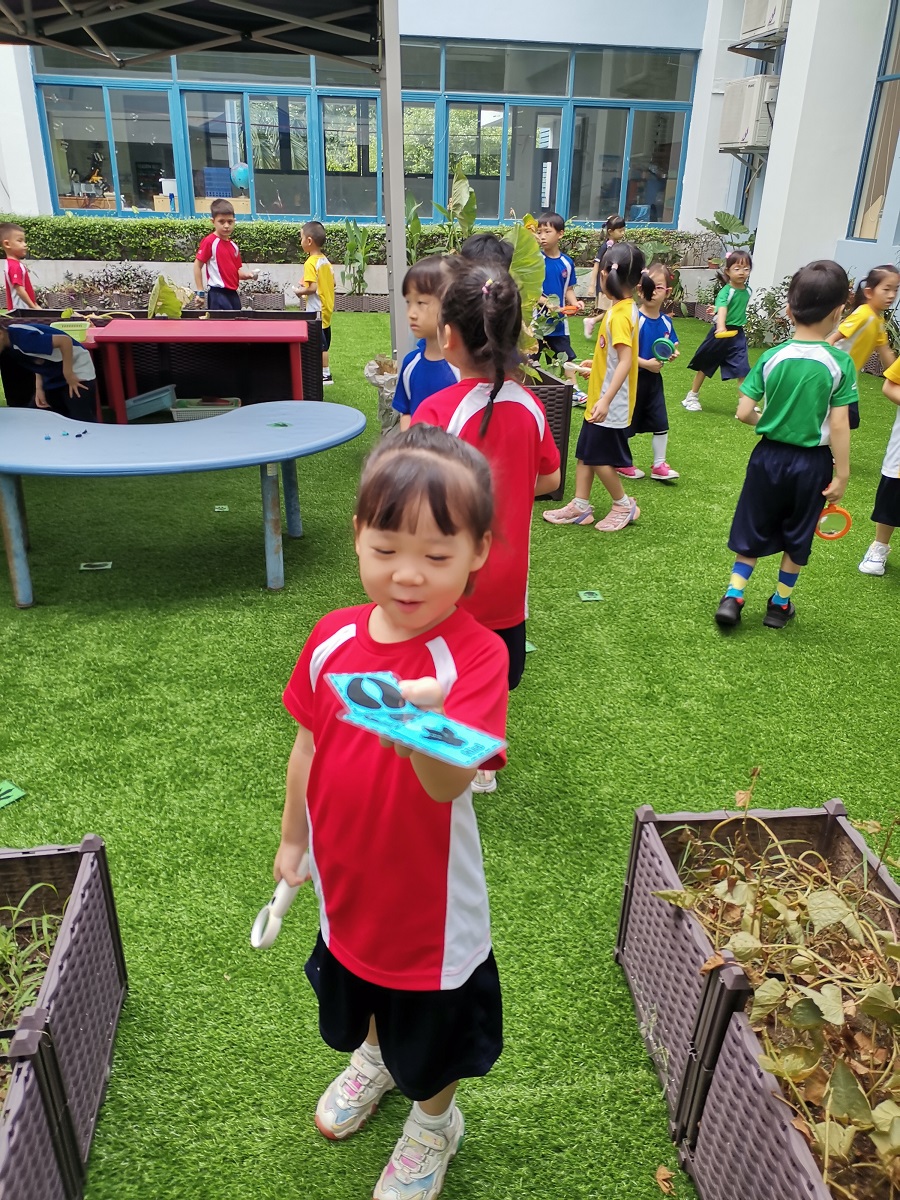 Learning about animal footprints in literacy, the children became young detectives with considerable insight, as they searched the campus looking for the mysterious animals that left 13 kinds of footprint. After collecting their trophies, the children tried to match the animal footprints with key cards, and went on to design posters that showed the information they collected. With the mystery revealed, did all of our young detectives guess correctly? 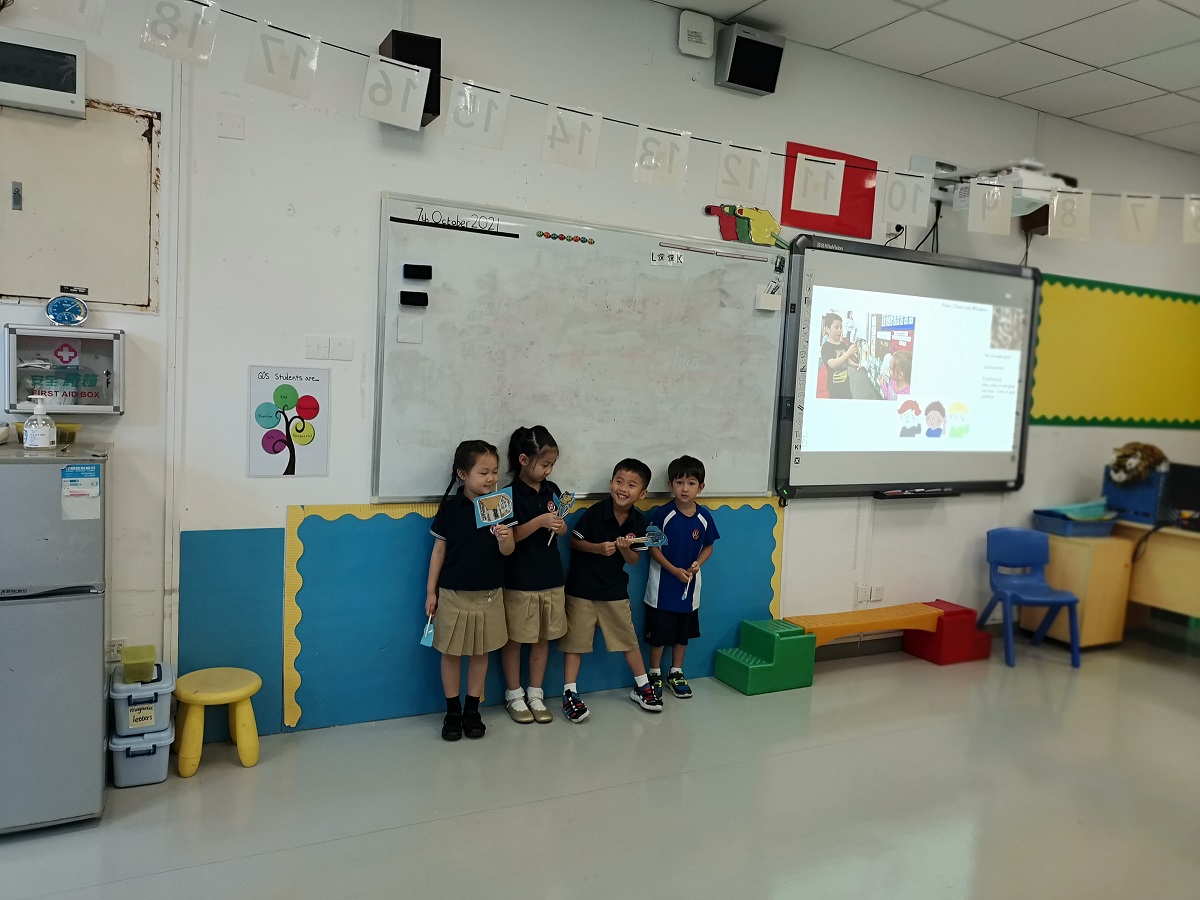 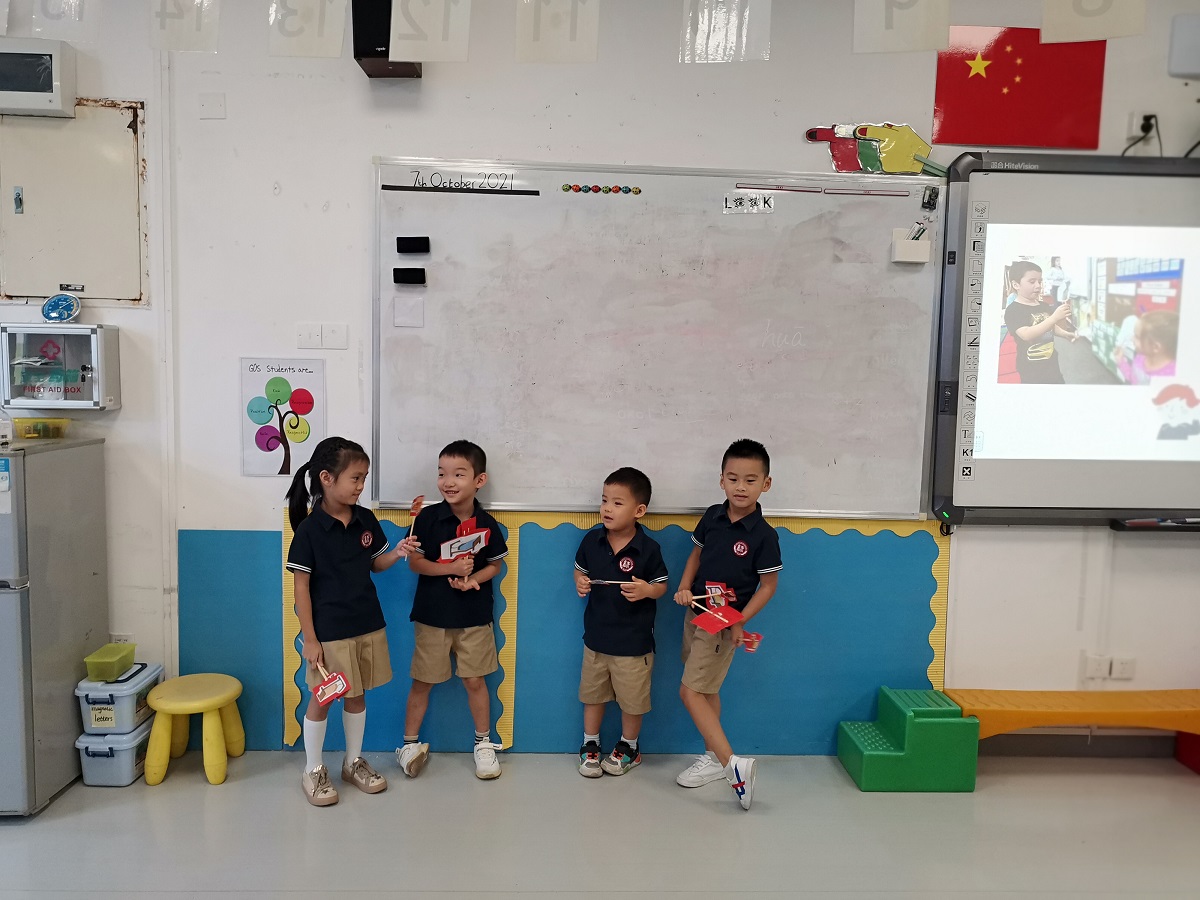 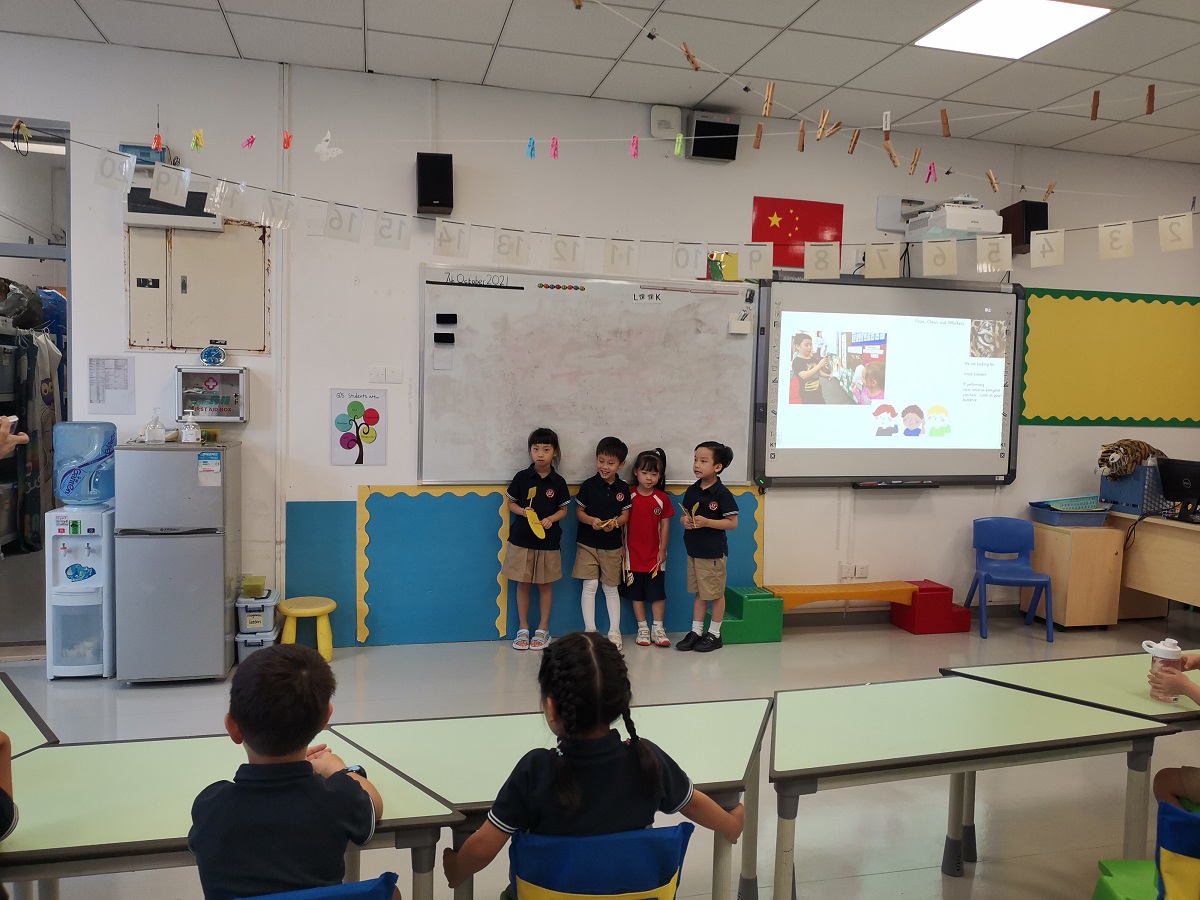 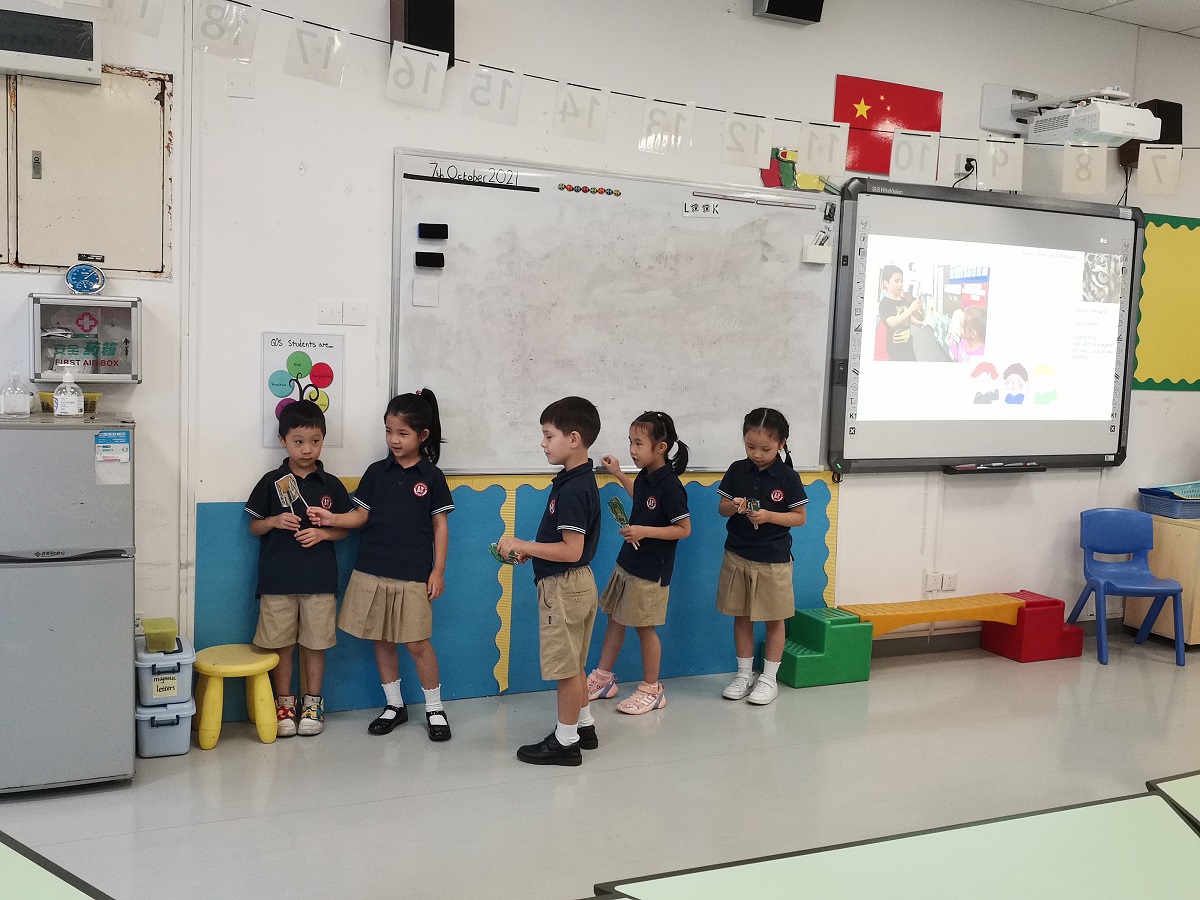 English learning in Year 1 is always full of fun and inspired by the famous fairy tale, ‘Goldilocks and The Three Bears’, the children also directed a puppet show. After listening carefully to the traditional tale, and coming up with their own questions, the children became artists and made story puppets with sticks, tape and coloured paper. When they had finished making their puppets, the brilliant performance began. According to the characters they had chosen, the children worked the puppets that represented their choices and turned out quite a creditable performance. Goldilocks, who had naughtily and selfishly messed up the bears’ house, provided an example for the children in 1S to not behave like that and be more responsible and polite.

The Classification of Animals 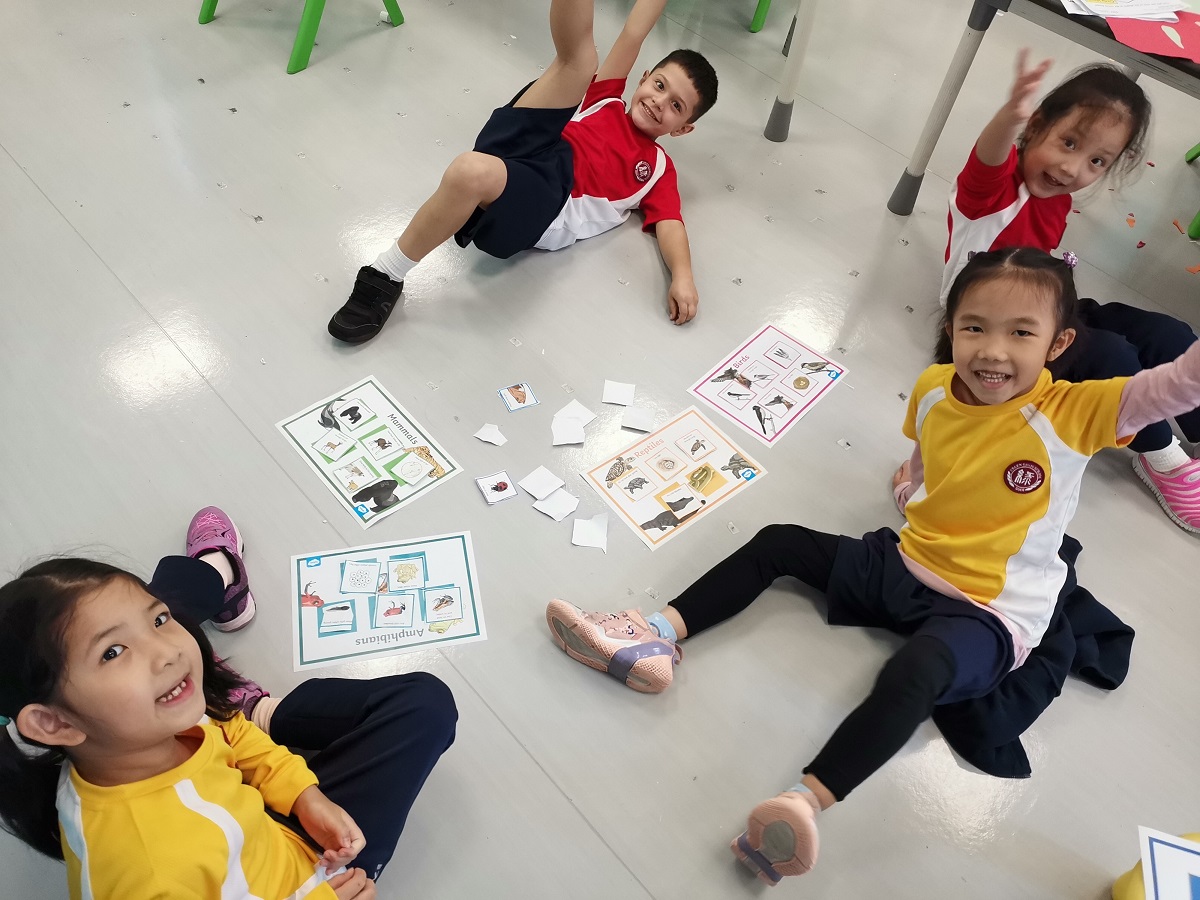 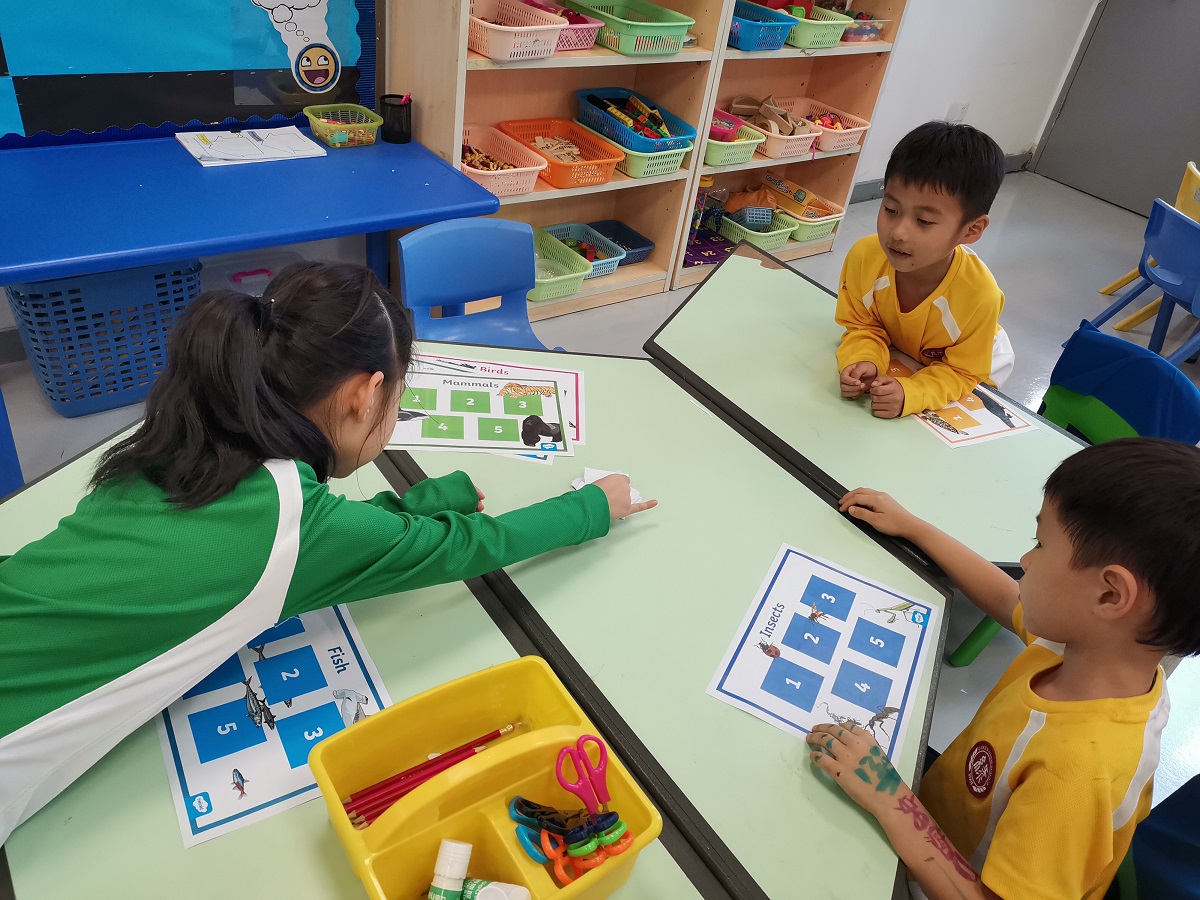 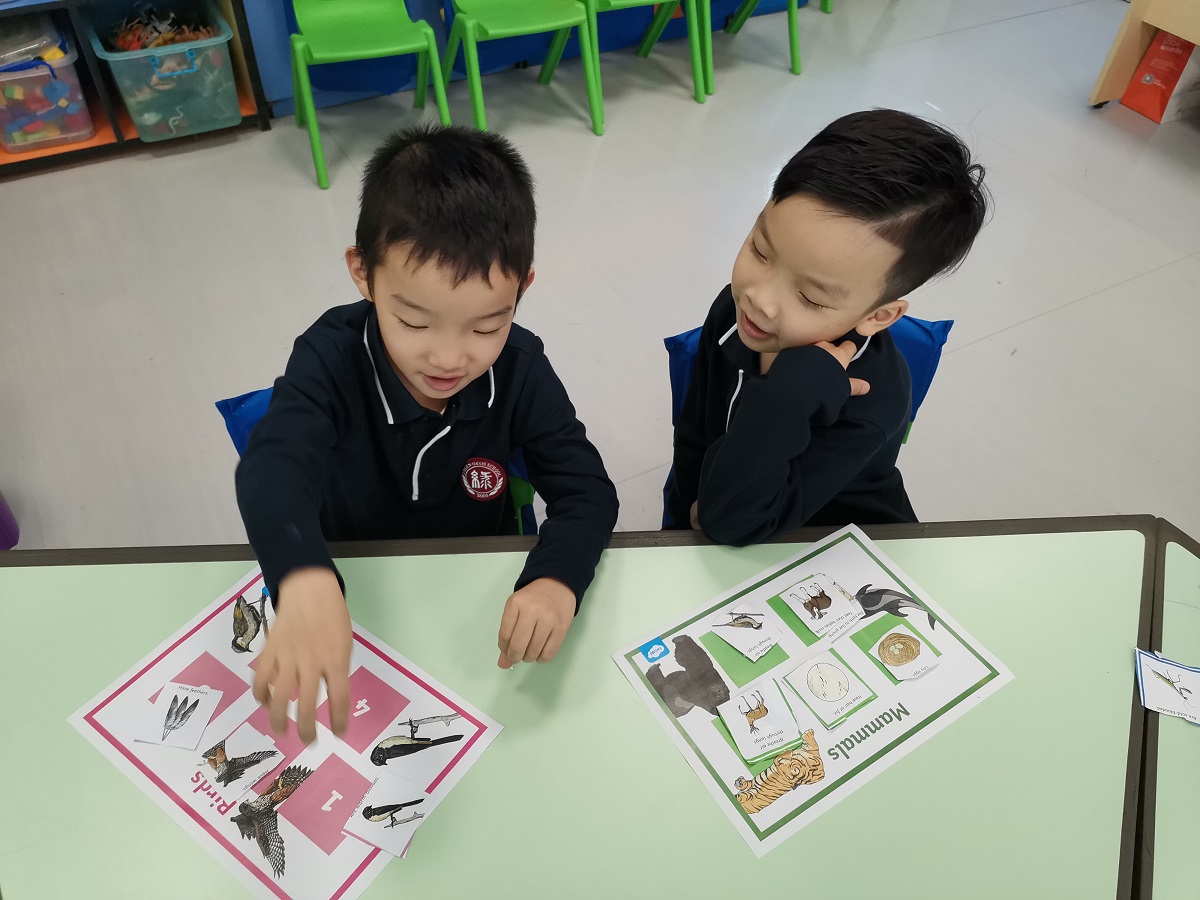 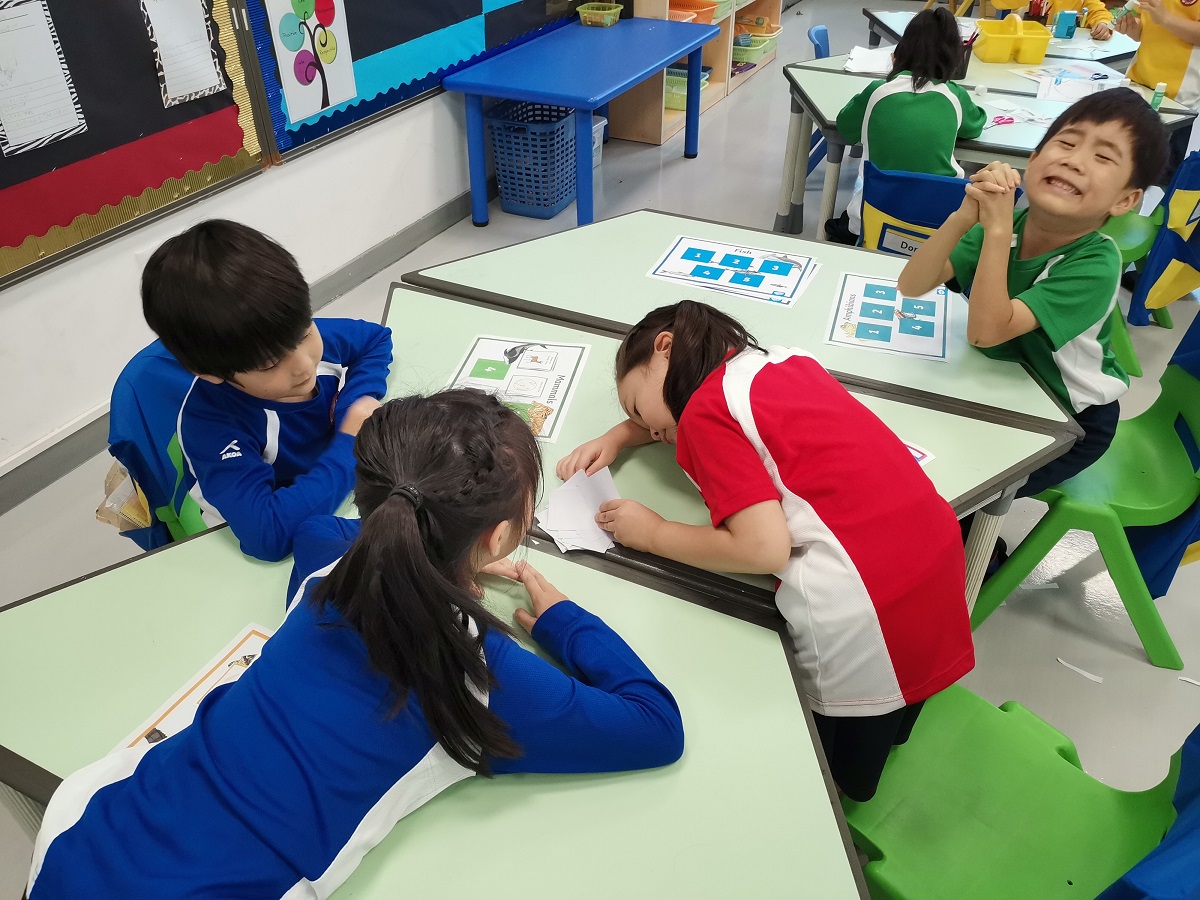 In topic, the children learned about the classification of animals; mammals, birds, fish, reptiles and amphibians. During a sorting game, our classroom was filled with laughter. Each child had a game board representing one group for the animals. The children put the animal cards face down on the table, and took turns to reveal them. If the animal’s classification displayed on the cards matched their own game board, it earned them a point. The child who filled the game board first was the winner. Obviously, no matter who the winner of each round was, the children all gained great joy from the experience and showed their potential to become animal experts. 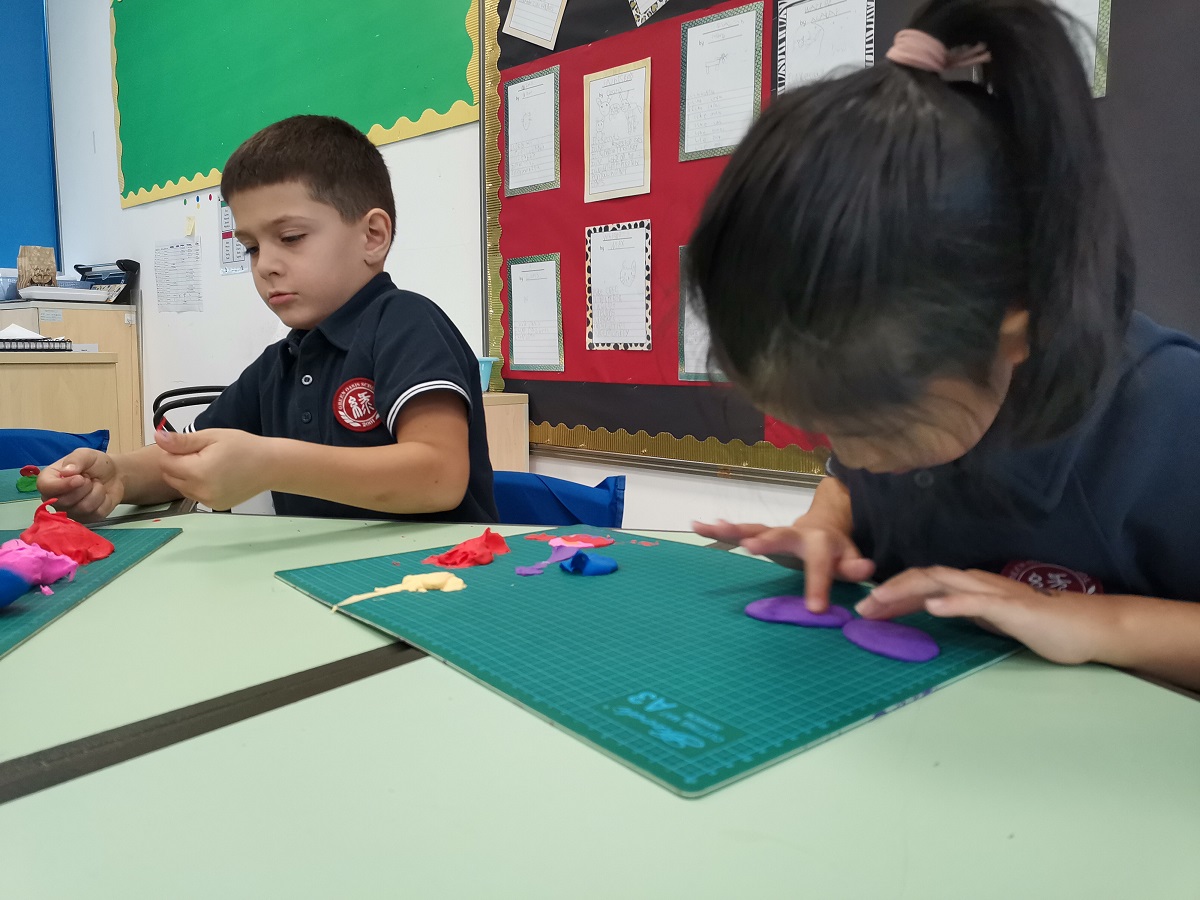 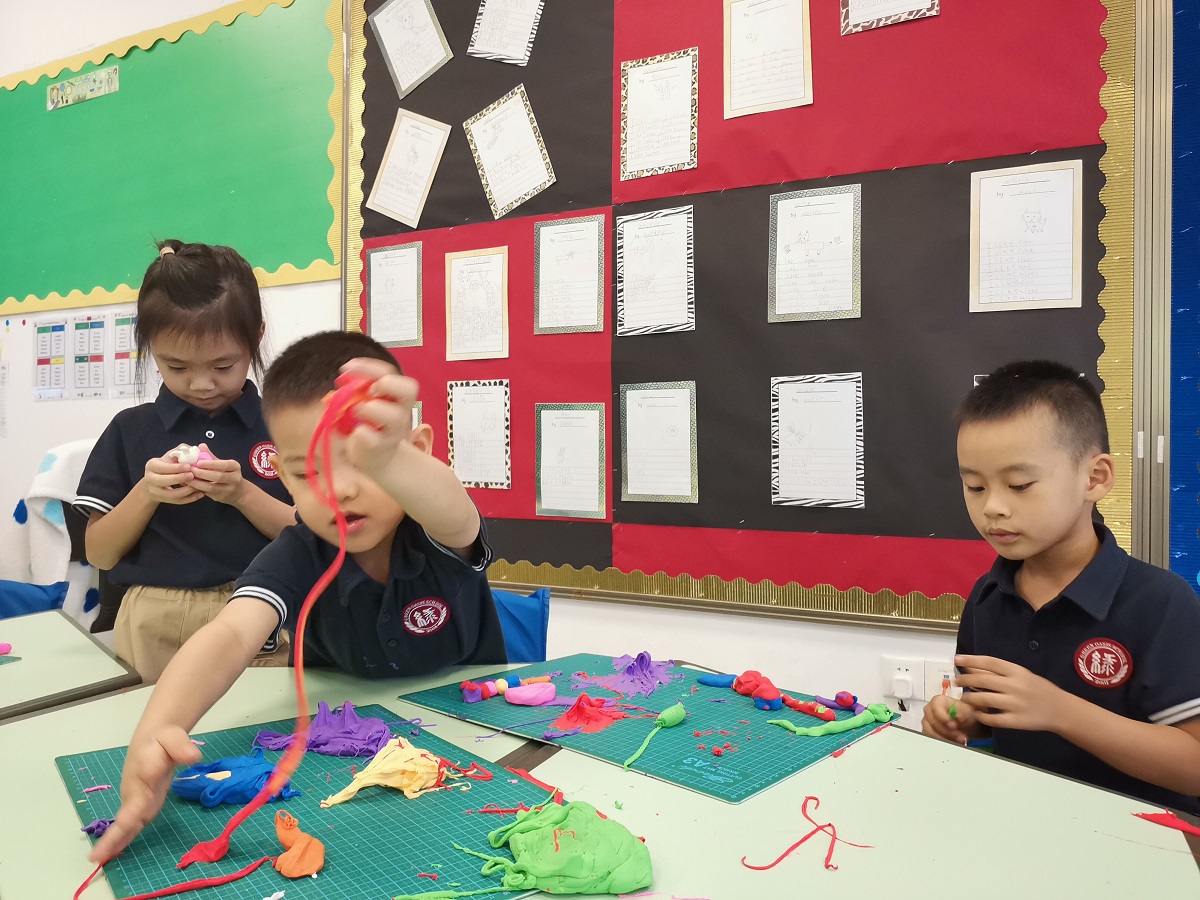 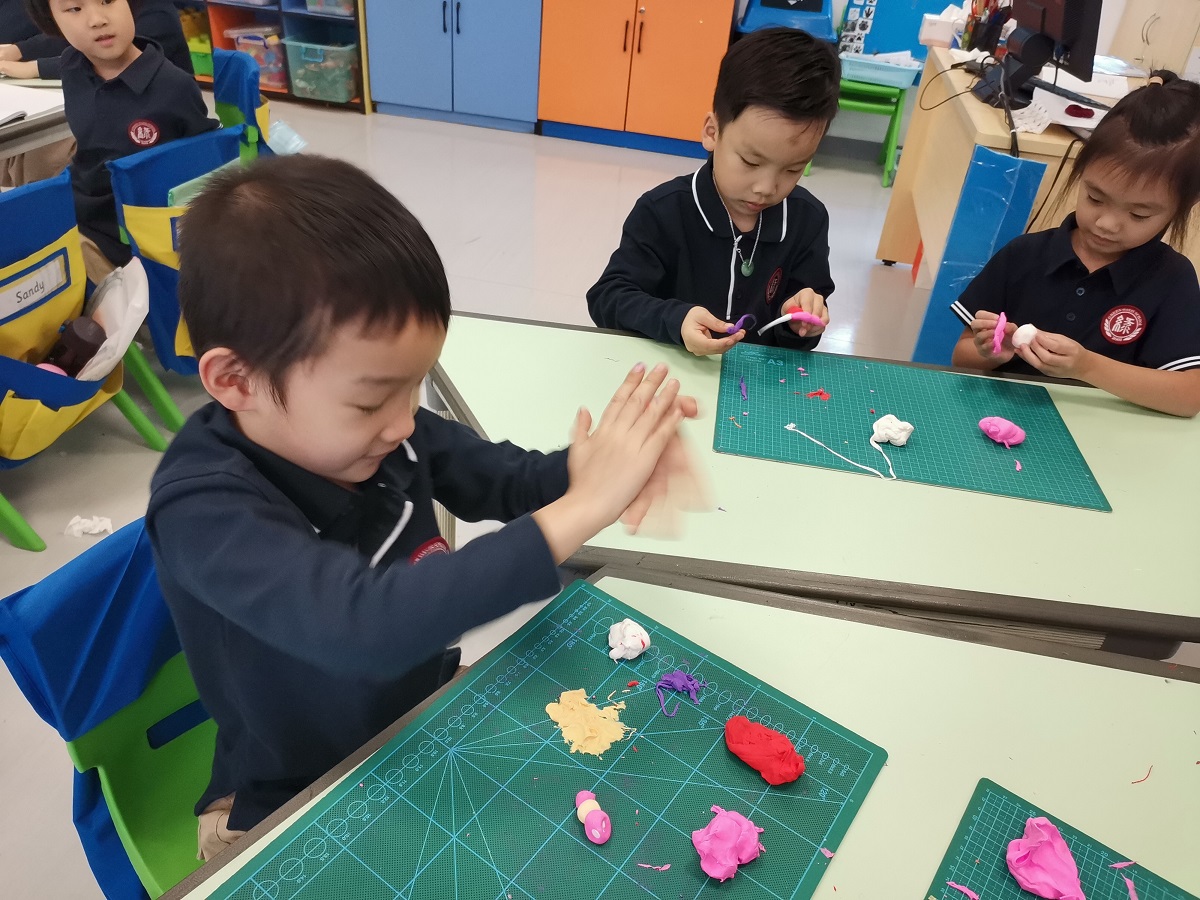 The children used their developing imaginations to create an 'imaginary animal' that doesn’t really exist in the real world. They had to choose animals from each of the (mammals, birds, fish, reptiles and amphibians) groups and combine a range of their body parts to complete each child’s extraordinary creature. This 'imaginary animal' may have had a polar bear's head, an eagle's wings, a shark's fin, a snake's tail and a frog's feet. It is fabulous to witness the moment when children’s creativity emerges. 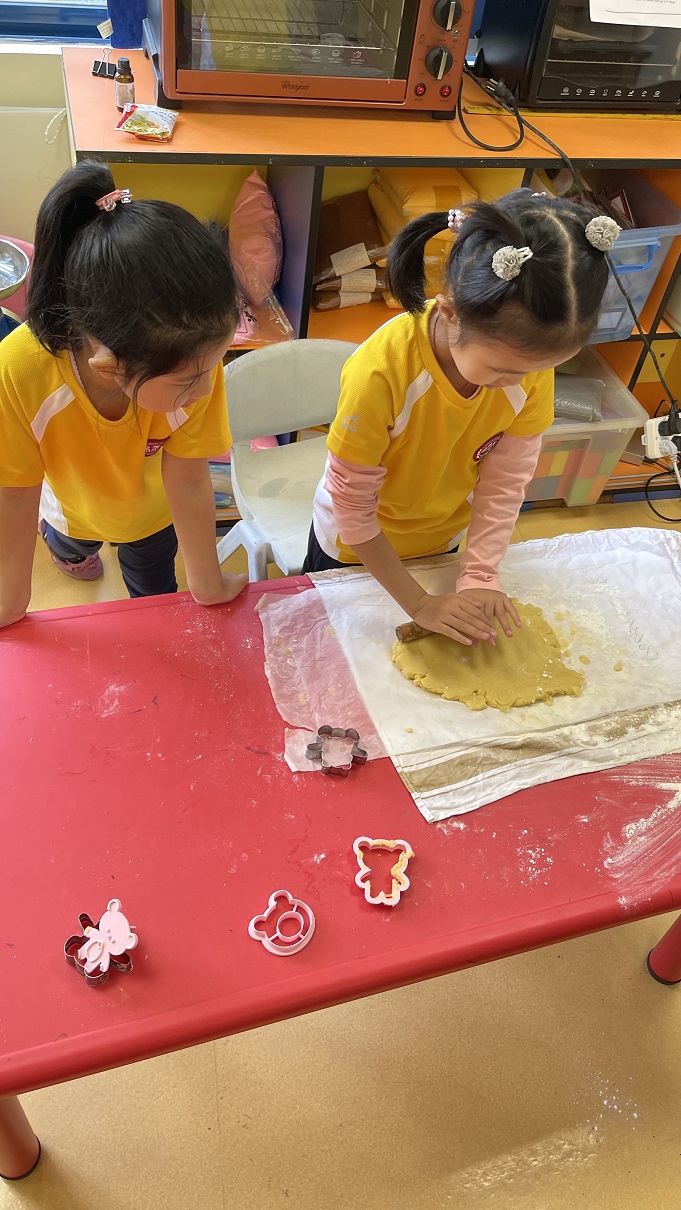 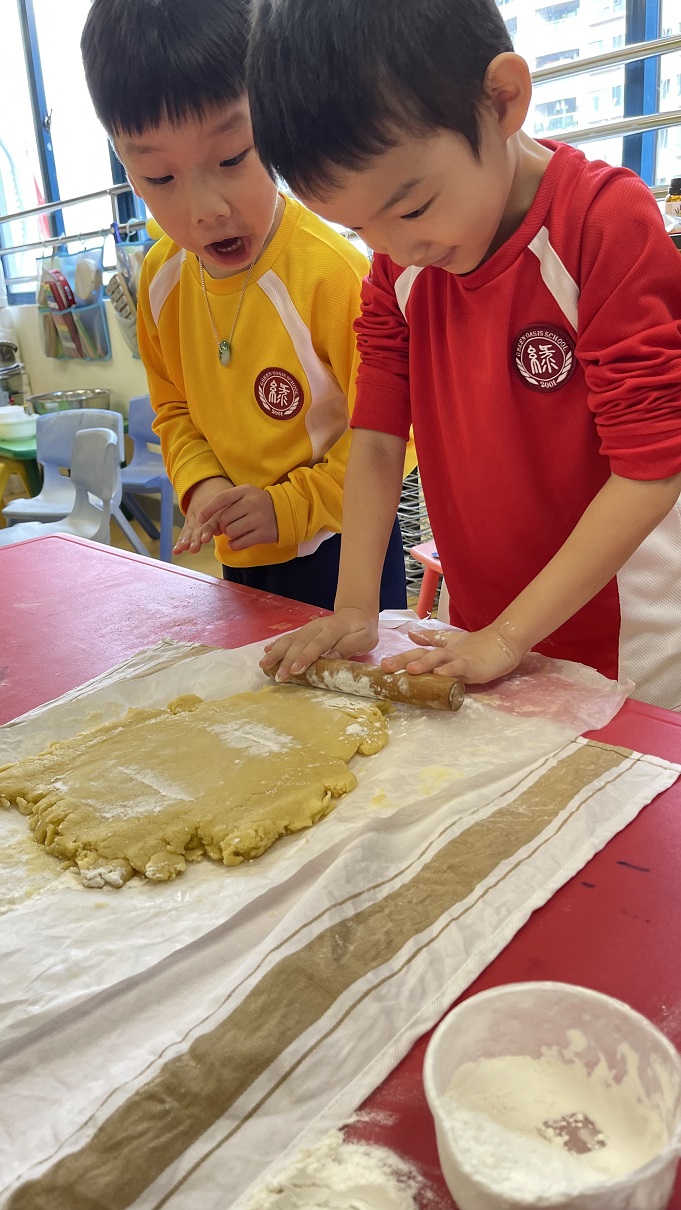 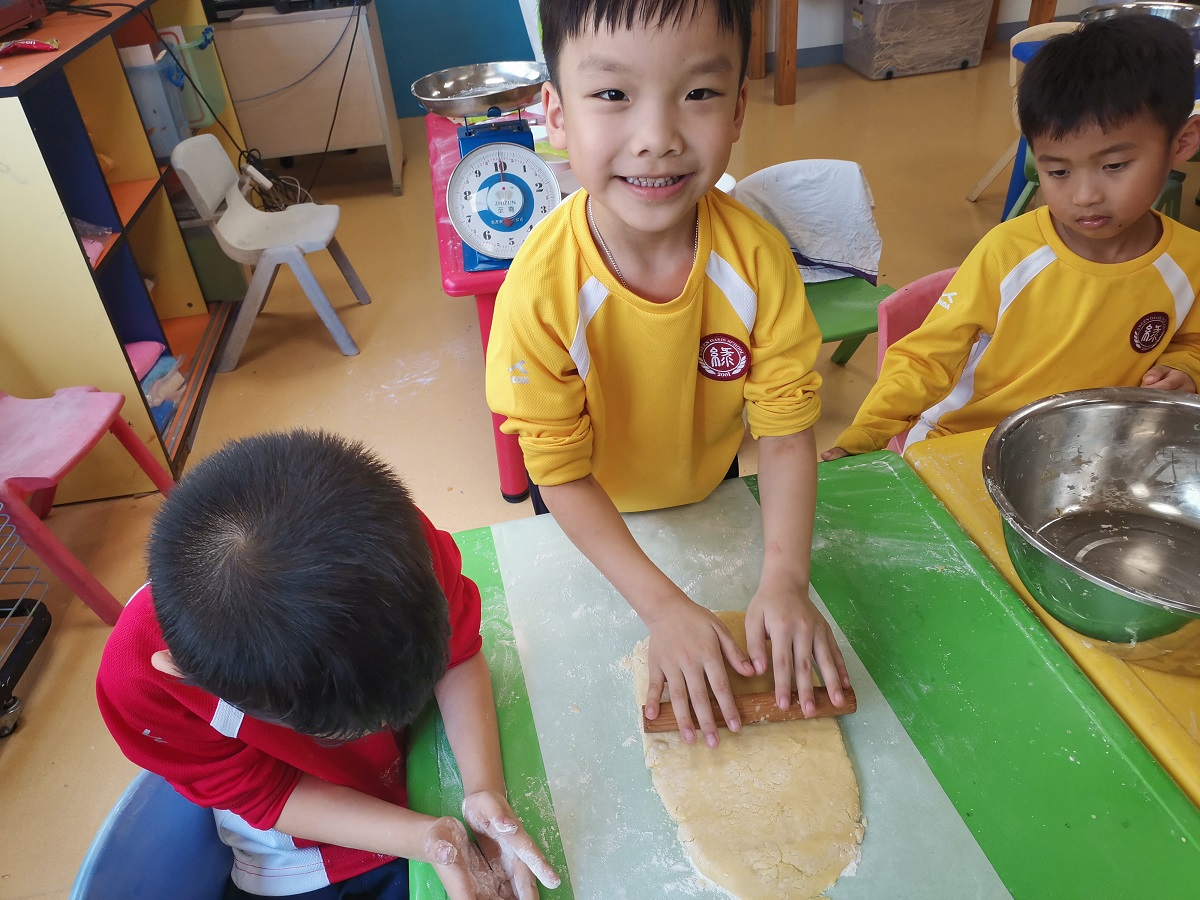 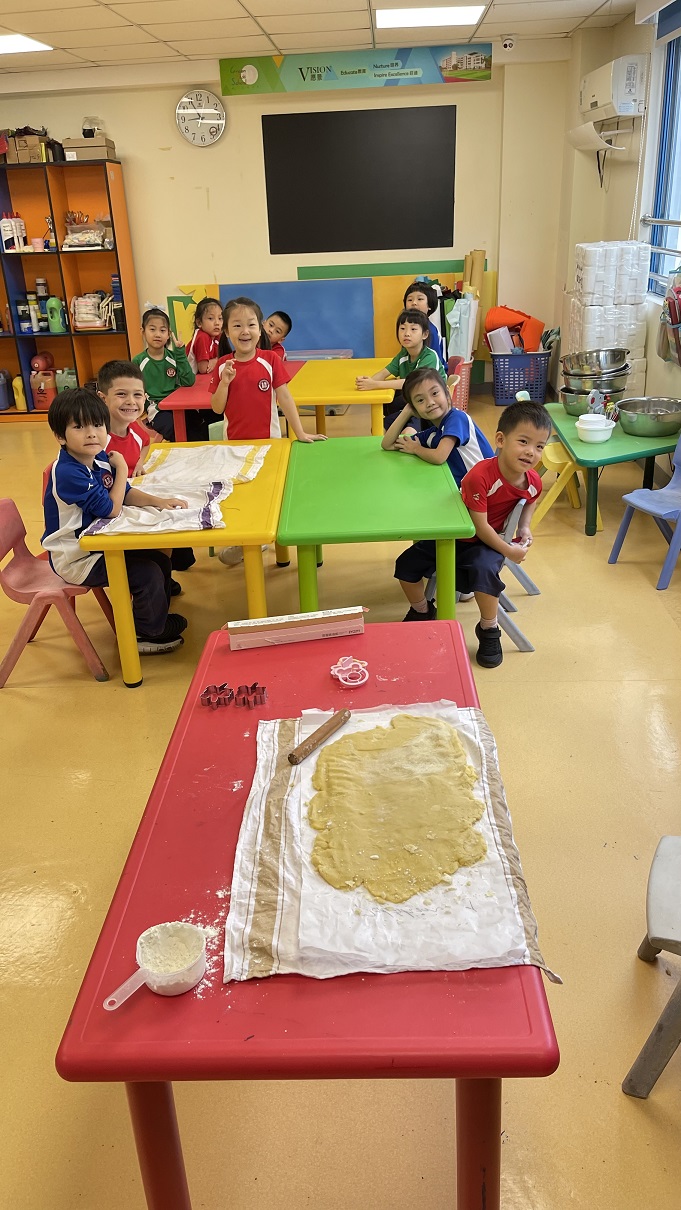 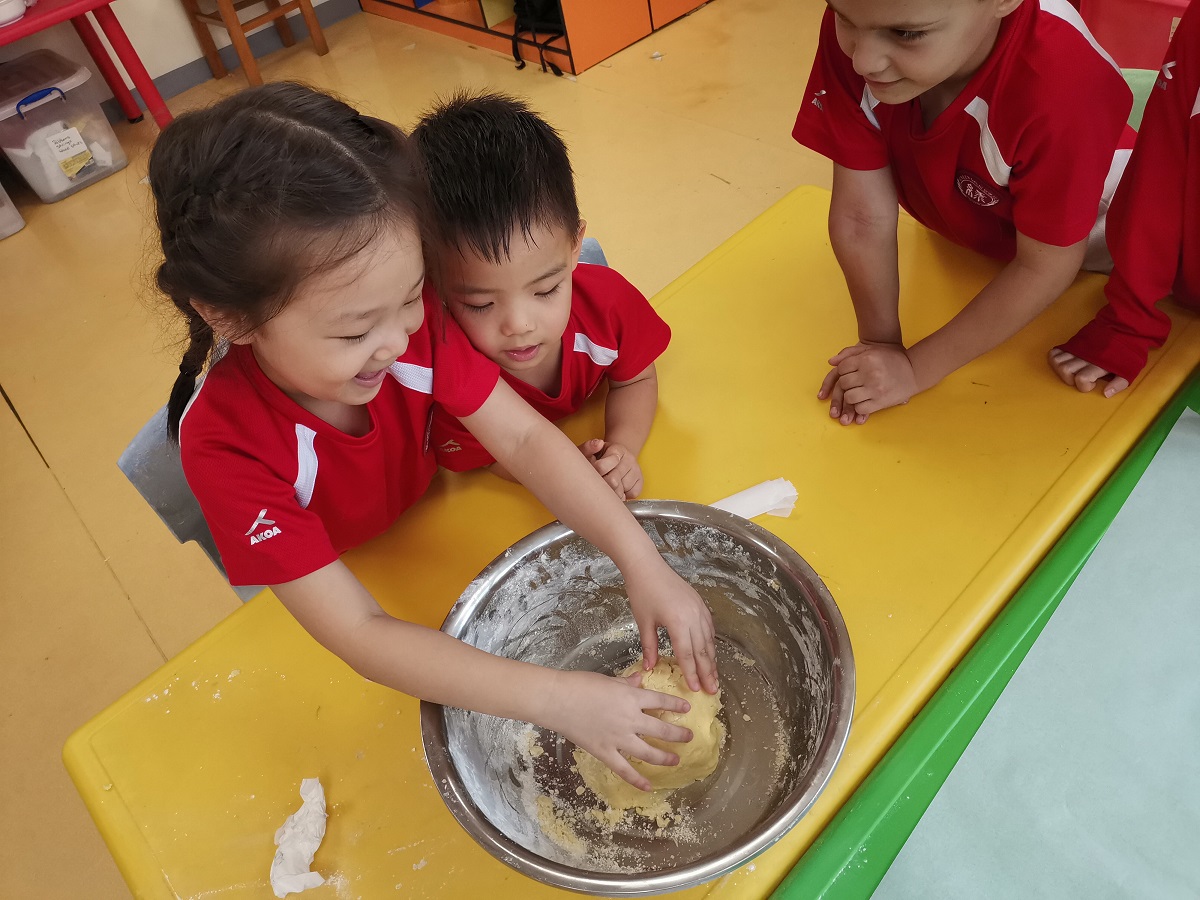 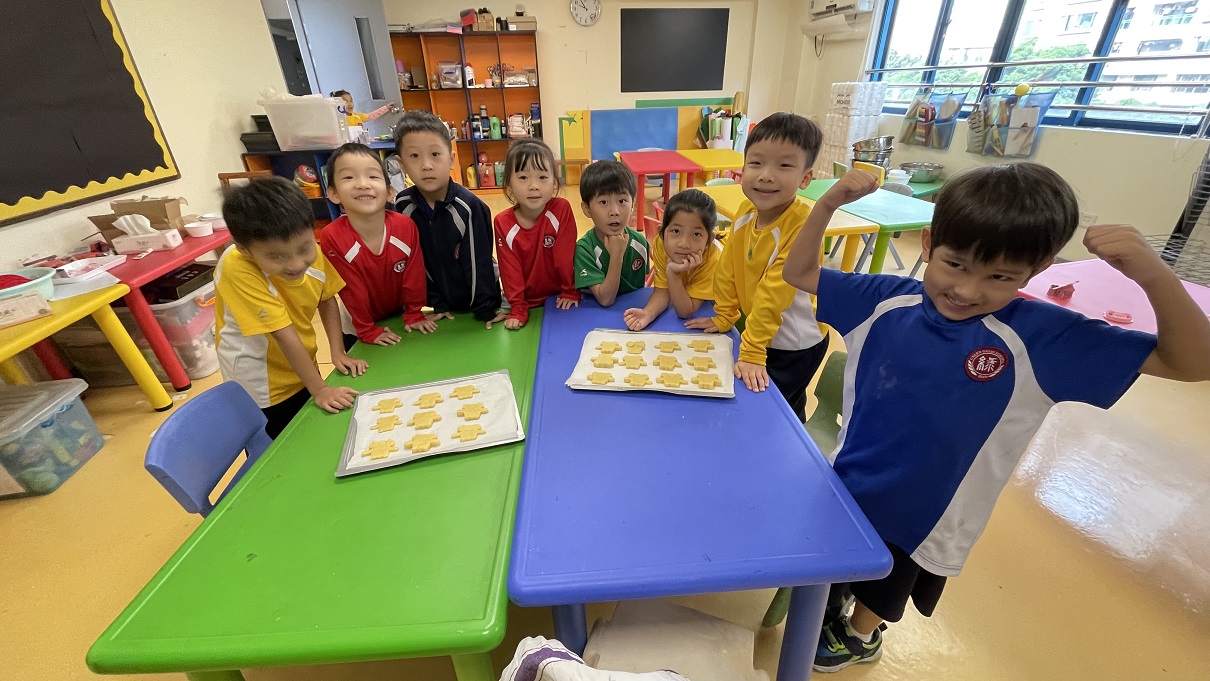 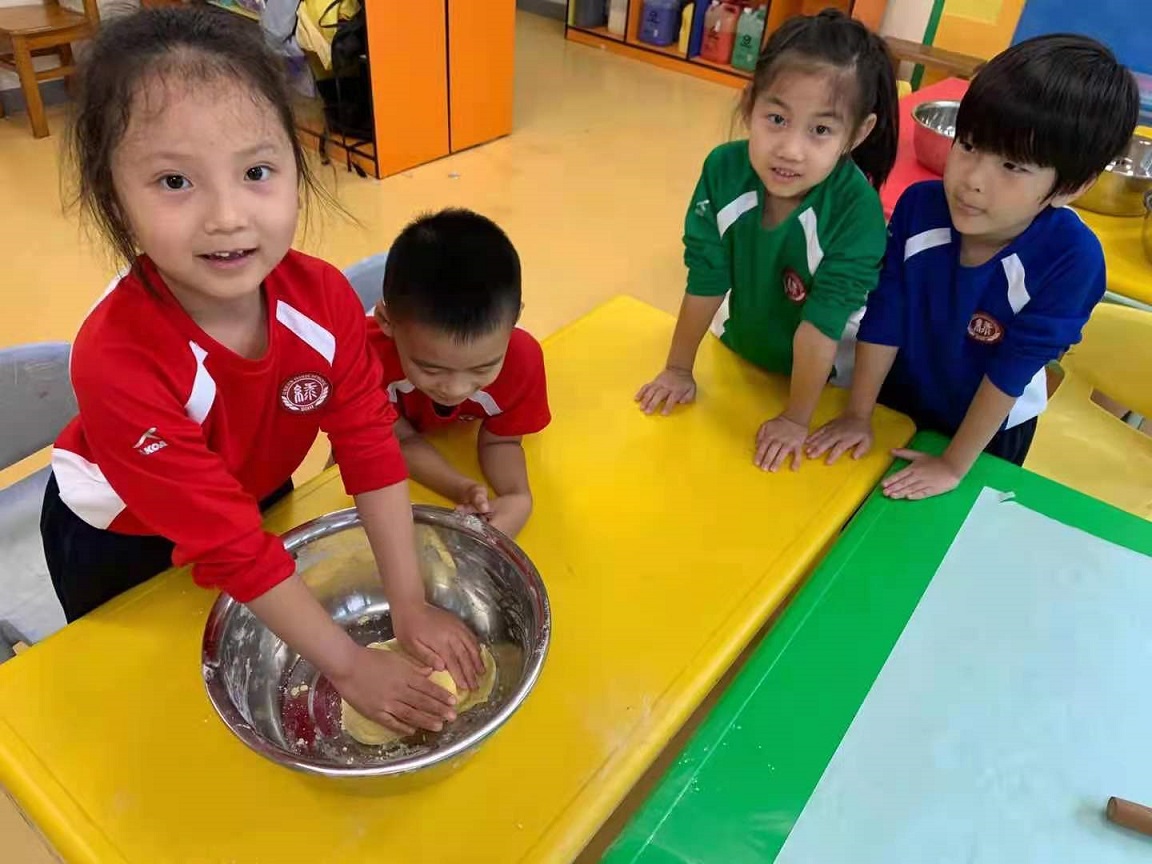 Some of the best memories are often associated with food, and this can be true even in Year 1. It's tea time! Our trainee chefs learned to bake delicious biscuits with flour, butter and sugar. Learning maths is not just about recording calculations on paper and a baking class reflects the maths we use in our daily lives. Weighing flour, baking powder, butter and sugar with scales also helps train children's logical thinking. The children beat the butter and sugar together at high speed, and then they added the egg and vanilla until combined. Our burgeoning bakers rolled out the dough to a little over half a centimetre in thickness and cut it into shapes using a bear-shaped biscuit cutter. Finally, the biscuits were baked in an oven for about twelve minutes, and the sweet, smelling bear biscuits were freshly baked!

As we start this semester, the ‘Paws, Claws and Whiskers’ topic has given the children many wonderful memories. The next new topic will be starting soon. We sincerely hope that all our children in 1S will continue to explore this colourful world with a strong thirst for knowledge, with curiosity and innovative thinking skills!